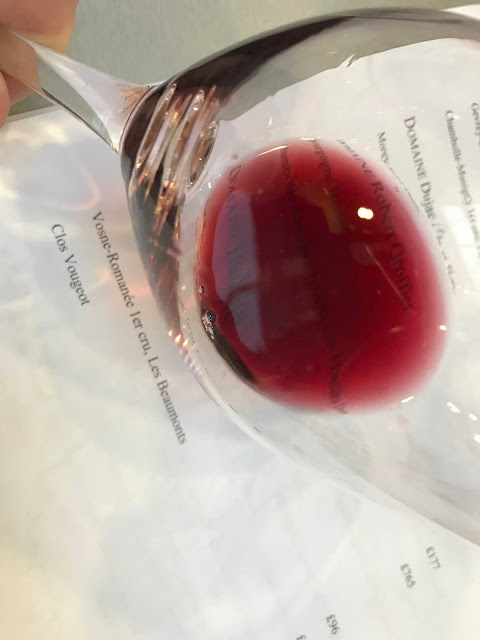 Finally the smiles are back on the faces of the vignerons. That is the most important thing to know about the 2017 vintage. After losing an entire vintage due to the meteorological challenges of 2014, 2015 and 2016, Burgundy producers - from Chablis via Marsannay to the Mâconnais - can be happy about both yield and quality. The smiles are all the bigger for the arrival of another healthy crop in 2018. The fact that along the length of the Côte d’Or the vignerons worked together to counter the threat of frost on April 27th adds a communal feeling to the positive vibe of the 2017 harvest.

After tasting more than 120 wines at the London en primeur tastings it’s possible to pronounce on the quality of the 2017 Burgundy vintage en bouteille. Growers began to harvest chardonnay in the last week of August so this is a precocious year. Most of the Côte de Beaune chardonnay harvest was finished by September 6th. The ripeness is very clear in the wines. The 2017 white Burgundies are dominated by pear and white peach aromas and flavours. Malic acidity, citrus and green apple characteristics are largely absent. Yet these are not blousy wines and there is a lovely salinity to them. The premiers crus will tend more towards opulence than finesse. Growers who did not start to pick until September 4th may find they waited too long and the wines will be too plump and lacking balance. The most comparable recent vintage is 2008 which was lovely to drink every year after being bottled with no dip in form and a predictable evolution. The whites from the 2017 Burgundy vintage will not be bottles to keep for more than a decade as it is not a “classic” mineral vintage like 2014 or 2004. However, every bottle tasted at the en primeur tastings of Corney & Barrow, Howard Ripley and Justerini & Brooks was delicious. François Carillon from Puligny said this was an easy vintage to vinify... and his 2017 portfolio is stunning. Unfortunately for consumers, despite the good crop, prices are mostly flat compared to 2016. Bargain hunters can find great value in the higher altitude vineyards (St Romain, St Aubin) or those which have a northerly or eastern exposition and are typically less expensive than the better exposes sites. These lieux dits will also have a touch more freshness. Certainly you are better off buying 2017 white Burgundy than 2016 (frost damaged and expensive) or 2015 (too ripe and expensive). The 2017 vintage is reassuringly expensive and consistently delicious!

The 2017 vintage for red Burgundies is also a huge success both in terms of quality and quantity. As usual with pinot noir there is more variability than there is with the chardonnay. Virtually all growers started and finished the harvest in the first week of September with sites that ripen later being picked between September 7th and 10th. The warm characteristics of the growing season are present in abundance in the 2017 red Burgundies. The nose is classic pinot noir ripe berry fruit, a hint of cherry and also floral notes. The latter aspect of the bouquet seems to be a distinct trait of the 2017 vintage. Given their youth it is no surprise that these 2017s burst into life on the palate. Ripe cherry flavours are a consistent theme woven into the wines from Marsannay down to Maranges. The 2017 red Burgundy vintage can be summed up in one word: “juicy”. The wines are charming, balanced, harmonious and most importantly very expressive of the fragility and femininity of pinot. What’s missing? Well, 2017 is not the vintage for people looking for power, tannin and long ageing potential. These are subtle, silky and fine wines. Happily there is no trace of unripe tannins in any of the wines tasted (admittedly from the best producers) at the Corney & Barrow, Howard Ripley and Justerini & Brooks tastings. Gevrey, Fixin and Marsannay appeared to be particularly successful. Buy with confidence across the entire vintage but wait a while longer than you have done with those very ripe 2015s. The 2017 red Burgundy vintage will offer many olfactory surprises with age.