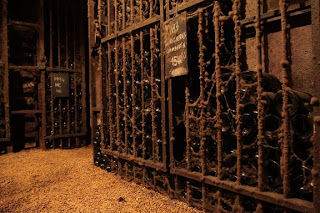 Le Chambertin is one of the best known red Burgundies and vies with the Clos de Bèze for the crown of Gevrey's best grand cru. Le Chambertin covers 13 hectares with an annual production of just 51,000 bottles. This Chambertin, tasted alongside many other excellent Burgundies courtesy of Justerini & Brooks, will be spectacular in 10 years time. A bouquet of licorice, sweet berry fruits with a raspberry seed freshness. Potential to evolve like an Armand Rousseau although one wonders if it can attain the heights of the 1989 Charmes-Chambertin which was sublime 2 years ago.
Labels: Gevrey Grand Cru