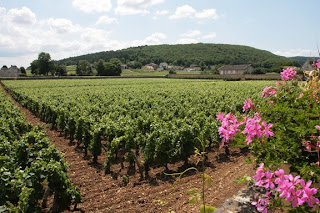 Tasted from the barrel at the domaine in Gevrey this wine will be bottled in March 2010 and available in 2011. We heard that between August 1st and September 11th it rained every other day in Burgundy which means 2008 reds struggled to ripen and some unconscientious producers will have made dilute wines. The Armand Rousseau domaine picked from September 26th after a cooling northern wind had been blowing for 2 weeks after the rain. This Gevrey is fresh, with raspberry and strawberry aromas. On the palate it is linear with apple acidity and is being aged in 2 year old barrels. Certainly this Gevrey will put on fat over time but its not remarkable.
Labels: Gevrey-Chambertin