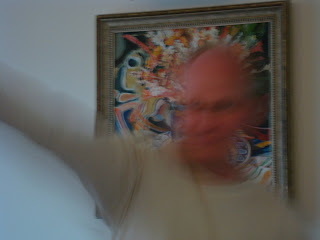 How does this domaine make such consistently excellent benchmark Burgundy? The 2001 village-level reds are drinking perfectly now and this has another 3 years left for the evolution of more tertiary aromas. Already the colour shows a deep orange hue at the edge and the first glass offers a bombardment of cinnamon, baked rhubarb juice, raspberry and blood orange. The flavours indicate a wine that is two-thirds of the way through its evolution: roast tomato, spiced plum (cloves), good grip, bright tannins integrated with berry fruit which conjure the image of a mistral wind blowing through the vineyard. Solid plum finish. Enjoyed very much by Dempster as a reward for winning 5 matches of Wii tennis doubles. Worthwhile noting that the domaine's Clos de la Fontaine (monopole) and Maizières won the plaudits in the 2004 Guide Hachette -- not this tasty Aux Réas.
Labels: Vosne-Romanee