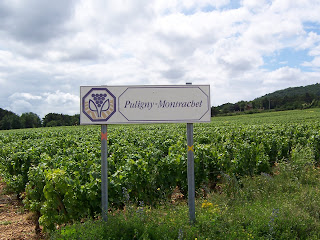 Tasting notes from new contributor Cobbie. Quite pale in colour, hay rather than straw. Initially the nose was closed but it gradually opened out to a supremely rich elixir. On the palate it was fat and creamy with a steely determination in the mineral mix which got louder on the tongue before a very long finish. Not as dense in terms of spicy apple fruits as other big white Burgundies and it would benefit from another year or two in bottle to congeal further. Would be a perfect companion to oysters. Tasted on June 23rd on his Stag Weekend in Dorset.
Labels: Puligny-Montrachet